Alexander Melville Bell was known internationally as a teacher of speech and proper elocution and an author of books on the subject. In 1867 Melville invented Visible Speech, symbolically depicting the position and movement of the throat, tongue, and lips as they produce the sounds of language, being a type of phonetic notation. Visible Speech was the first notation system for the sounds of speech independent of a particular language or dialect and was widely used to teach students how to speak with a "standard" accent.  Melville's works on Visible Speech became highly notable, and were described by Édouard Seguin as being "...a greater invention than the telephone of his son, Alexander Graham Bell" Melville saw numerous applications for his invention, including its worldwide use as a universal alphabet.

Visible Speech is also known as the Physiological Alphabet. In the Ehoah Path it is also referred to as Lingua Litarum ('Speech Letters').

It's use by Saegoahs is encouraged to promote unity between peoples throughout the world, bridging gaps and encouraging more interaction between various languages and associated cultures. Bringing about more understanding and therefore more harmony. 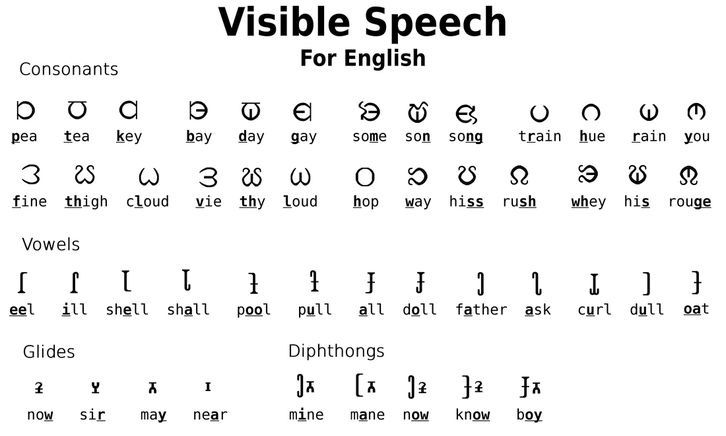 Download File
You can download other versions (including for e-readers) or read this text online at
https://archive.org/details/visiblespeechsci00bellrich

Download File
You can download other versions (including  for e-readers) or read this text online at
https://archive.org/details/popularmanualvo01bellgoog