Where did Ehoah come from?

This path began with Rua Lupa, a Metis from Lake Abitibi area in the Boreal Forest of Canada. Rua was raised English speaking in the Quebec French tradition, but knowing that their heritage was much more varied than their rearing had exposed them to, led Rua to wanting to learn more about their heritage; being mainly a mix of French, Irish, Cree, and Anishinaabe - with a dashing of various other backgrounds, both Aboriginal and European, as is typical in that region. While learning more about their Celtic side, Rua came across the Reformed Druids of North America (RDNA) and found that this group's outlook and practice had fit better than other belief systems they had known and decided to join them. Not long after Rua had the opportunity to participate and learn from the Anishinaabe teachings and practices of their heritage as well, and found that it too suited their outlook on life.

Over time Rua had combined a number of elements in the RDNA and Anishinaabe teachings, along with what they found in their studies of other cultures that were more in tune with their environments - seeking to actively live more harmoniously within Nature. During that time Rua was involved with their local Pagan Association which had presented the challenge of having a calendar, being the traditional Celtic Wheel of The Year, that had spring marked essentially in the middle of the winter for where they were, and suggested that a new calendar would be useful to correct this. Rua had taken that challenge on and developed a calendar that reflected the experiences of the northern hemisphere as a whole, while still respecting the different experiences of each region. By the time the calendar was complete and was presented to their local Pagan Association the group had found that working with the Gregorian Calendar in common use suited the Association’s needs better, but had encouraged the continued development of Rua's tradition. Prior to this being pointed out Rua hadn't considered their practice to be its own tradition. Upon that realization Rua figured that they shouldn't keep it to themselves and that it would be beneficial to share their findings with others who may be looking for a similar way of life. 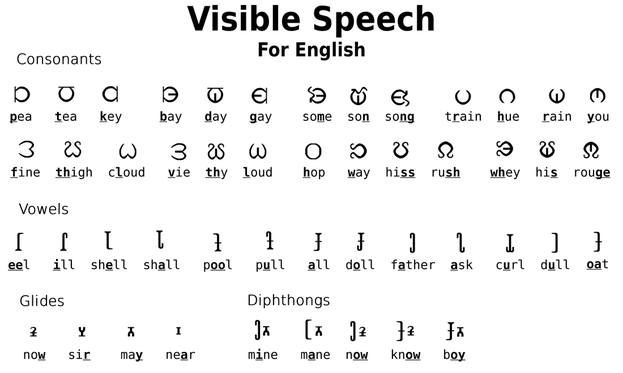 Where did the Novemmorium come from?

It was inspired by the 'Bagua' - a Taoist compass traditionally used to orient your life. The Bagua has eight diagrams used in Taoist cosmology to represent the fundamental principles of reality, seen as a range of eight interrelated concepts. The Novemmorium on the other hand, takes the same chart shape but has its own names and interrelated meanings to aid in conceptualizing Nature.

The Novemmorium is optional to use, as it is merely one way of conceptualizing the world and how it works. Alternative diagrams are welcomed on the Ehoah Path.

Why is there a Saegoah Tartan? 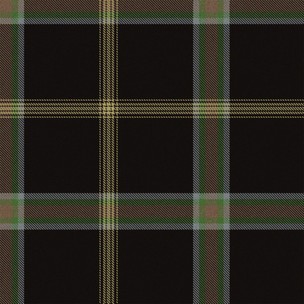 Earthy Saegoah Tartan
Throughout human history when woven cloth was made it was heavily influenced by the land and culture that arose from it, giving it a distinct pattern that came to be associated with the region people were from. Tartans have their origin in weaves consisting of criss-crossed horizontal and vertical bands in multiple colours. These kinds of weaving patterns were found in cultures throughout the Eurasian continent, each region developing certain colors and patterns according to the weavers preferences and resources available, having no direct associations with clans. Tartan, as we know it today, is not thought to have existed in Scotland before the 16th century. It was only in the mid-19th century that they were created and artificially associated with Scottish clans, families, or institutions who were (or wished to be seen as) associated in some way with a Scottish heritage. Today tartans are worn worldwide representing many different groups of people. 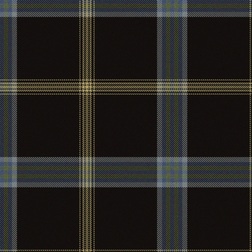 Blue Planet Saegoah Tartan
Nowadays in addition to clan tartans, there are many tartans created especially for individuals, families, districts, institutions, and corporations. The Saegoah tartan patterns depicted here were made for the use of Saegoahs if ever so desired. The design was made to represent the interconnections we have within Nature by taking the largest perspective that we can relate to - our planet orbiting a our host star. From earth we always see the sun in a blue sky and forget that it is indeed a star, just like the ones we see in the black skies at night. We also tend to not realize that we too are in space floating among the stars. This portrayal provides the perspective that we are in space and together share this planet we call home.

Those who wear it would show and be reminded of how we are all citizens of the cosmos; that this planet, earth, is home to us all; and because this is everyone's home we should always be respectful of our interconnections with one another.  In other words, it is a woven cloth representing the region of Earth.

Why the use of Latin? 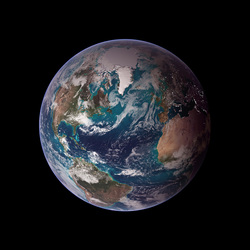 One goal for the development of Ehoah was to have it functional for the world at large. To do so it had to avoid favoring one nation's language or culture over another. This is not to say that Ehoah has no culture. One aspect of this is to allow for people of each region to incorporate Ehoah into the culture they already have, without feeling forced to leave their culture to be involved with Ehoah. Another aspect is to explore the common expressions of Ehoah in all cultures, potentially developing a global Ehoah culture that underscores each regional Ehoah culture.

Latin was decided on for naming things in Ehoah as it is a dead language and the scientific language of the world, thus being neutral. The only time Greek was used was to number each day of the week and for the word 'day'. This was the one exception because day in Latin is 'Dies' and many people around the world already associate that with death, not to mention 'sex' for six. It was reasoned that Greek was already prominent in math, a universal language, so it was not conflicting.

Another method used to encourage global function is the Lingua Litarum (Speech Letters), more commonly known as Visible Speech, to function as a universal alphabet.

Latin is not the spoken language in practice (unless you really want to), instead it is what ever the common language of the area is and/or that of the practitioner. All words in Latin can freely be converted to the practioner's language and/or the common language of the area. As an example Nox in English would be considered The Long Night or Dark, en Francais La Longue Nuit ou Sombre, y La Larga Noche Oscura o en Español .

Now as a Saegoah, could one form a group of Saegoahs (grove, hearth, circle, etc...) or is Ehoah more suited for solitary? 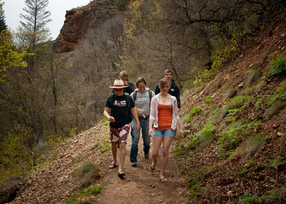 You can have a grove, hearth etc., if that is something you feel is the right direction to achieve Ehoah. Groups can be a great aid in achieving local goals for your community and for creating social networks of support for reaching and living an Ehoah way of life. One person may feel that a grove is best suited, while another may think a circle is better. They are all good as Ehoah is about harmony within Nature, and Nature requires diversity to be resilient and adaptable to changing and difficult situations. Therefore Ehoah encourages diverse group structures.

On the Community Page, you can add yourself and/or group to the Saegoah Map to put yourself out there and find others near you.

Below is a free pdf on how you can establish your own Saegoah group and a little on being a Solitude Saegoah.

Does Ehoah have an official online group?

Ehoah does not have an official online group. This is intentional as to encourage localized groups to form and eventually network with one another. That way homogenization is avoided and diversity encouraged. This is in order for Ehoah to remain flexible, adaptable, and able to discover new solutions easier.

Any group that wishes to be recognized should publish their group's charter for others to understand how that particular group functions.
The group will then be added to the Ehoah Website Community Map and Ehoah Facebook Page group list. Follow this link to learn more, https://ehoah.weebly.com/uploads/6/8/8/0/6880192/establishing_a_saegoah_group.pdf

If you want to be on the Community Map (https://ehoah.weebly.com/community.html) on the official website, either send a private message to Rua Lupa on Facebook, or an e-mail to rua.lupa@gmail.com with your general location (city/town), name, contact information (internet is best), and short description of yourself or group.
If your question is not here or an answer is missing something you want to know,
please send your inquiry in the form on the introduction page.
You'll receive a response to it as soon as possible, and if enough people ask your question, it will be added to the F.A.Q.